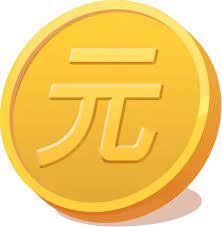 After the Bahamian Sand Dollar, the china coin is the second central bank digital currency to be released and the first by a significant country. The e-CNY is now undergoing public testing with 750k lottery-selected volunteers to assess its usability and impact on domestic and foreign transactions, as well as cross-device transactions.

The digital yuan experiments have surpassed $5.3 billion in transactions as of August 2021. The Chinese government has stated that e-CNY would be used during the Beijing 2022 Winter Olympic Games and at all Olympic venues. Though some economists believe the US dollar may lose its reserve currency position, which would be a huge global event, the influence of the digital yuan on this is yet unknown.

The digital yuan is a virtual version of the Chinese renminbi issued by the People’s Bank of China. It is also known as e-Yuan, e-CNY, Yuan Cryptocurrency, digital RMB, or Digital Currency Electronic Payment (DCEP). The e-CNY is not intended to replace the Chinese yuan; rather, it is intended to be used in conjunction with bank accounts and other imbursement methods.

Adopting digital money, according to Mu Changchun, head of China’s central bank’s Digital Currency Research Institute, will maintain China’s currency sovereignty and legal currency status, as well as provide regulated anonymity. He claims that this will be accomplished by allowing partially anonymous payments while allowing international transactions in developing or US sanctioned countries, and globalizing the Chinese currency so that it can compete with the international financial system.

Furthermore, with the central bank interacting directly with clients, the digital yuan eliminates banks from the cash ecosystem. With fewer middlemen, transactions may be more efficient, and cash distribution may gain a new layer of flexibility. Banks can transfer money quickly in times of financial crisis, issue money with expiration dates, and supply money that can only be spent on specific products and services to jumpstart the economy.

The china coin will be built on the same blockchain technology as cryptocurrencies, but it will be centralized and transactions will be regulated by a third-party body. We believe that because the digital yuan is as stable as the Chinese fiat currency, it will gain widespread adoption in China. The lack of stability is a major impediment to cryptocurrency adoption.

Although the introduction of a new currency has an influence on competitiveness, we predict that the adoption of the digital yuan will have little impact on the Chinese cryptocurrency market. The bitcoin market is already prohibited, therefore mining, which is a commercial activity, might be considered a manufacturing activity that does not result in capital flight. China’s officials, meanwhile, have outlawed cryptocurrency transactions as of late September 2021, stating that they would “try to cut off financial backing and electrical supplies for mining.” The news of China’s new rule sparked a drop in cryptocurrency values throughout the world, particularly Bitcoin, which dropped 5% of its value in less than 24 hours.

PrevPreviousCoronavirus and COVID-19: What you should know
NextHow To Register A Trademark Internationally With International Trademark ServicesNext
On Key